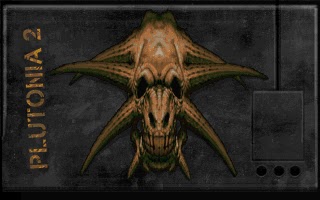 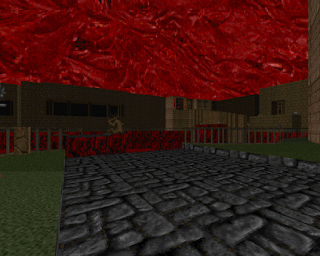 I am currently playing though Plutonia, I had finished TNT and have been heavily addicted to playing this, since I finally got Brutal Doom to work, it’s like playing on doom on steroids. It’s seriously a adolescent male’s wet dream come to reality. More blood, more good, modified look of weapons, fatalities and help from computer ai. There is just so much new things available to game, that its hard to mention all of which is available.

I know there are many purists out there who think the mods to the game are ruining its true essence. Which I can see their point, but if anything this has just injected some new life into the game and the genre. Doom has many die hard fans, and it’s no wonder why. The game to this day still holds its own in the company of graphically detailed FPS.

Shit I was just playing this game the other night, and I found myself near a small duct in the water. I sat there for a second and then I start hearing monsters making creepy noises. Its this kind of atmosphere that I believe keeps gamers coming back. 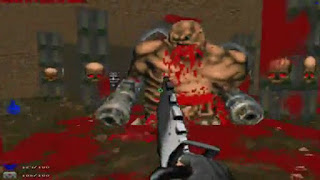 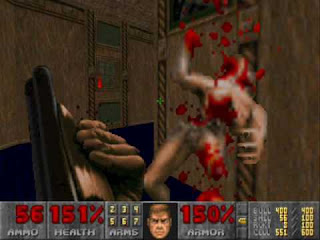 I for one have a season of Doom, but this time its really kind of stuck on me, in a good way. I am no expert I usually play on the default difficulty settings. I don’t build maps or find myself anywhere near the capabilities of a lot of Doom players.

To me it’s something all of its own. I see it shares similarities with Hexen, Quake and Duke Nukem. But Doom like I said has that atmosphere and that ability to grip a player on a platform that is dated  by decades. Something this old and still holding together a strong community of modders and die hard fans of the series is in and of itself an achievement that a lot games never even dream of being placed at.