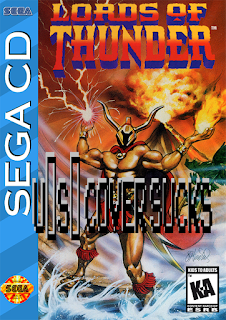 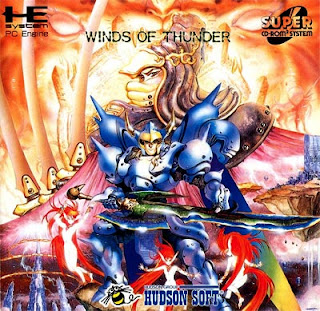 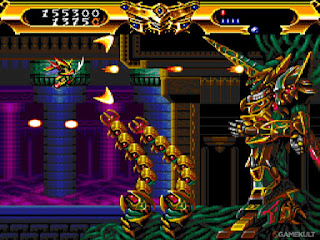 First things first, lets examine the difference in covers of the game. As you can see the Japanese cover just dwarfs the US cover. The american cover is just very generic looking in my opinion. I do appreciate an american look in animation  oppose to the awful anime infestation that has reached over to american shores. But even with a bias as such, I still think the america cover is god awful in comparison.

That aside, the game itself is amazing. The art style, the music, the enemy and play design. It’s all beautifully done, and on the sega cd no less! I cannot believe I never owned this as a child. 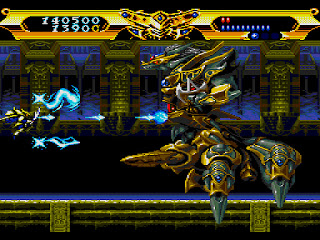 The game is played in a side perspective, and is in the shmup category of games. I like the fact that each mech is a element in which you can use to better counter a level. Elements being water, wind, fire etc. I haven’t figured out what mech to use for each level, but I still appreciate the added dimension of the game.

The graphics are great, all the end bosses are highly detailed and just structurally amazing. Cannot believe I missed this game back in the 90’s. Still haven’t beat it, so I am consistantly playing it still.