I found 15 bands, who coincidentally were released in 2015

In no certain order, meaning there is no hierarchy about what number a band is listed. This was difficult for me to put together because there was a lot of music to go through. But as far as what brand of death metal I am into, I think list will reinforce that. The order of bands they are in makes no difference, there is no hierarchy position. I hope somebody will get a kick out of this, or at least dig in to tell me how wrong I am. Or they intend to dabble in a bit of bleach and allow a thirsty gulp to satiate their dying thirst.
. 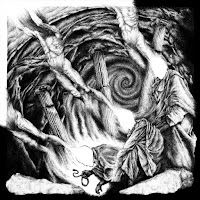 1 Embrace of Thorns – Darkness Impenetrable Here is a band that plays admirably old school death metal, at an appreciable scale. Dark and disgusting, it drives away into a melodic cast, and halts to a stop to maintain the traditional sound. I hadn’t heard about this till recent, and out of a lot of the flock this band really struck a chord with me. It plays out perfectly, and is definitely a contender for some excellent future work. This and Praying For Absolution are
pretty damn good.

2 Cruciamentum – Charnel Passages   Another excellent release to join the stockpile. This bellows in, in a beastily speed and production. The drumming really pummels, all the while being at the utmost of complexity. If I had to singlehandedly pick the album of the year, I am almost certain this release would take the reward. This just melds together so well. It delivers a melodic section, and pummels your face with speed complexity. They have a solid discography, embrittled with the core ingredients that made this album so good. 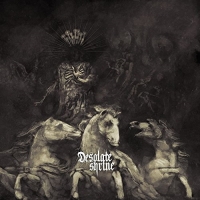 3 Desolate Shrine – The Heart of the Netherworld I like Desolate Shrine, they manage to deliver their trademark sound on each release. Which is good, and band… because they do little in the way of changing their sound up. Don’t get me wrong, I don’t like things to go into the direction of commercial and simplicity that would attract a less than desirable crowd. This album hits incredibly hard, it has a bombastic tone, just heavy as hell. It has its melodic parts, few classic guitar melodies sound in the background. I like their sound, but I just cannot separate each album, it all maintains their copyright sound.

4 Vorum – In Grime in Lust To add variety to a list that is in stalemate with one particular taste of death metal, I wanted something that comes off as a barrage of miscellaneous chaos mixing together thrash, death metal, and hell whatever else my untrained ear can find. This is literally a noise maker, Something to piss off your neighbors. I want to give this release a chance so it made the list. Overall this takes a certain mood to listen to. Production has cast aside, wanted is a pure blitz or noise tearing oneself open with a carpenter knife. 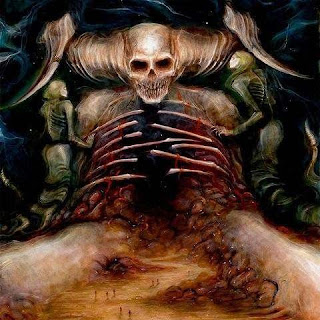 Everything about this band agrees with the greatest potential a death metal can be recognized as such. You will hear this, and will hear and have flashbacks of carcass, death, cynic and basically any other technical melodic band from the early 90’s. This shit is hardly accomplished as far as originality is concerned. I admit their latest effort has made strides in attempting to garnish their own name. I know that a lot sjw and political correct pieces of shit, who would love nothing more than throbbing cocked forcibly placed in their ass hole. I on the other hand will not bow in excited praise just because a band knows how to play their instruments. All the same, it made the list.

6 Malthusian – Below the Hengiform [EP] Here is something new, and I had to break the rules and deliver an EP release. This hardly satiates a listener’s ear, when the album ends so quickly. Odd doom portions, agonizing vocals. The music is varied and changes franticly without warning or predictability. It does hover above with some melodic passages. It shares both screaming and gutturals. I would like to hear a full length from this band. It’s definitely a great couple of songs that almost flew under my radar. Great. hard and agony.

7 Degial – Savage Mutiny Here we got some traditional old school death played in the greatest darkened and satanic can deliver. High intensity, their own mutiny of destruction, spoken loudly. The only thing I would enjoy more would be low gutturals. The whole thing comes off as a bit thrashy, and little to do with death. They playing style is odd and discordant, leaving a complexity that while simple, does introduce a nice feel to their chaotics blend. 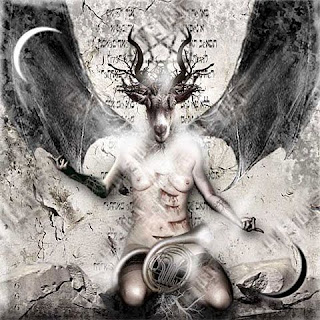 8 Adversarial – d.e.n.a.t.b.k.o.n An album title so brutal we had to abbreviate it. More solid darkened death metal. The delivery and approach is not the most original, but it delivers at a scale worth mentioning.

9 abyssal – antikatastaseis Darkened and atmospheric death metal. You can barely even understand the vocals, it all plays out as more of an instrument making a noise that collaborates with the sound. The melody’s meld together well, it almost come off as something beautiful. It’s amazing how you can interwoven each part to play together. And just as you are sitting comfortable, it goes again full speed to tear off your face, and gouge out your eyeballs.

10 Shroud of the Heretic – Unorthodox Equilibrium Here is a preferable release, and really embellishes the sound I am looking for when I formulate a list like this. Well deserving of a metal accolade. Vocals that are hidden and meshed with the overall sound. It drives back and forth to chaos and a fueled intermission if you will, where it slows a bit. They really allowed the drums to participate in this album with their tone well lifted. They are acoustic elements, to add a softer depressive route.

11 Cohol/地に堕ちる – Rigen Here is something different, I suppose you could call this black metal, perhaps? I never was the best with titles, and what can become what. This does have an appeal to me. Very dark and depressive but contributes a harmony that is otherworldly. The vocals are acquired taste for me, it comes off as annoying and repetitive, that being said the music does enough to keep my interested.

12 vostum – hole below Here is something that hits hard, I love the drum tone and the overall production. Old school death, done with a modern approach that delivers rather well. Some guitar solos with a promising effort. It has portions where you can hear the gutturals, with some spoken dialogue in the background. The
music deliver on the brutality scale, and come to a crushing halt with no warning. Excellent shit for an unknown band. 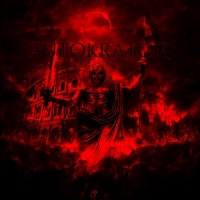 13 autokrator – s/t Desolate Shrine, Abyssal something to me that reminds me of this band, but they don’t allow themselves to go full fledged into what Autokrator has become. This is heavy, intensely heavy. Forget about lyrics and trying to decipher the message. This is just a barrage of chaotic noise. It explodes from start to finish, there is no warning there is no letup, no softer interludes or
change in position or speed, it just pummels your speaker without hesitation. To me this is something of a novelty, it always cures an itch I get for a sound like this.

14 overtorture – embrace the end What an incredible tone and production on this release, I have said this for other releases but is really polished and refined. The drumming you can almost feel it being served through your headphones. Nice riffs and musical quality. The guitar solos are a bit uninspired and add efficacy. The leads and riffs put out are incredibly solid and catchy. This is the closest thing to a commercial death metal release I will mess with. Nothing overly depressive about this release, its a release meant to attract fans and maybe get enough money to buy a vw bug. 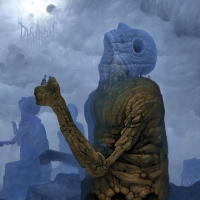 15 Ur Draugr – with hunger undying I went with a lot of darkened death metal, with a position to destroy the listener. So I wanted to pick out something a little different, much in the same vein as Cohol. Depressive and yet beautiful acoustic melodies melding in and out. Bringing together a nuance of metal and yet softer periods. This whole release come off to me as experimental, and not yet comfortable in place of music, that would define them. Yet I think this a good start, and I expect nothing but greatness from this band in the future. It took me a while to get into this band, but when I gave it a chance, I was happy I did.