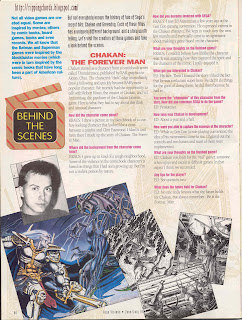 Out of will to continue I just wanted to reiterate the impossible difficulty of Chakan the Forever Man, this piece of shit game has the worst possible controls, its very clunky and unresponsive. But that is only icing on the cake when you come to terms with what you’re actually dealing with, a helluva beast.

This is an intense platformer, with an emphasis on strategy, and well planning. I like the game because of the character design and the overall presentation, I’ve always been a fan on Chakan, I just liked the way the character himself looks. It’s just a cool game, which I wish could have been perfected, particularly in the control scheme and play mechanics. 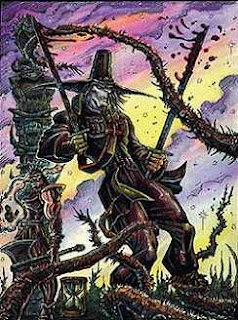 Portals lead to mission, each completed portal offers a new weapon of use. Each weapon has a purpose to get through a level, particularly in the effect of swinging to higher spots or just to get through an area. It’s probably one of the most pain in the ass moments of the game, because it is so damn easy to miss the  grapple, and then you drop to your death, and are forced to repeat and redo all over again. If you run out of time in a portal, you have start the whole portal all over again. I cannot give this game any crap in the regard to difficulty, because who doesn’t like a challenge? but the only thing that harbors this from being a excellent game, is the clunky and terrible controls. The music is pretty annoying too, it does have a dark atmospheric way about it. But whether it be the Gensis hardware or just a lazy sound department, it just doesn’t do it for me. 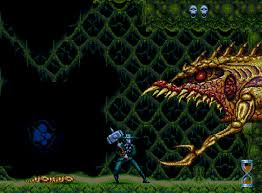 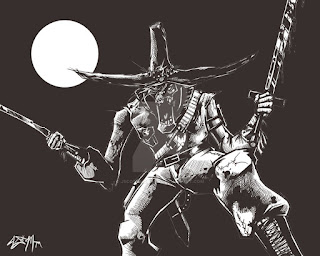 Sometimes there are secret walls to gain access through, to finish a portal. You really do have to rely on your arsenal of weapons, and spells to best the game. It does utilize magic and weaponry really  well, its got some depth and its not just a one dimensional side scroller, you do have to use your head and thats what I do like about the game. I just wish it had a better control and response. Each portal has 3 levels, and once completed then you have to enter the portals again and try to finish the game. I am currently stuck at the final portals, it’s just a giant pain in the ass. I get through an area, and then I run out of time, so now I have to do it all over again. But one thing is certain, I love the look and design of this game, and the difficulty is not going to ward me away from playing, I will beat this piece of shit of a game, because I love the challenge.