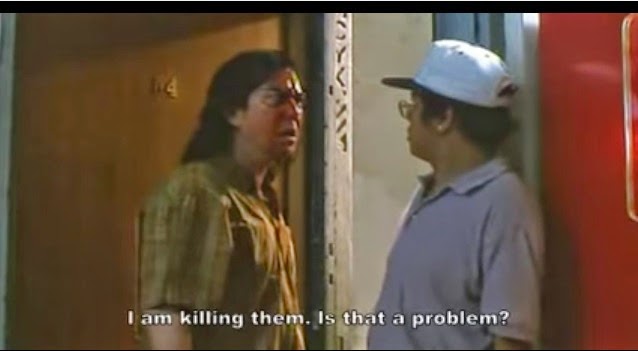 (insert now cliche, but obligatory reference to
Ebola in the states) Meet Kai, a otherwise ordinary man who likes the finer things in life, particularly raping dead African woman, making love to a chicken breast, oh and using collapsible objects as weapons. We meet Kai right in the beginning of the movie, having sex with his bosses wife, naturally the boss returns home and all hell breaks loose. Kai almost gets castrated, but he escapes unscathed leaving a bloodbath and one severed tongue behind him (penis intact*). There is also one minor but significant detail that needs to remain fresh in your minds, and that is the daughter in the apartment, that remains alive. This beginning scene also gets you accustomed to some of the classic and funny dialogue that comes out of Kai’s mouth. 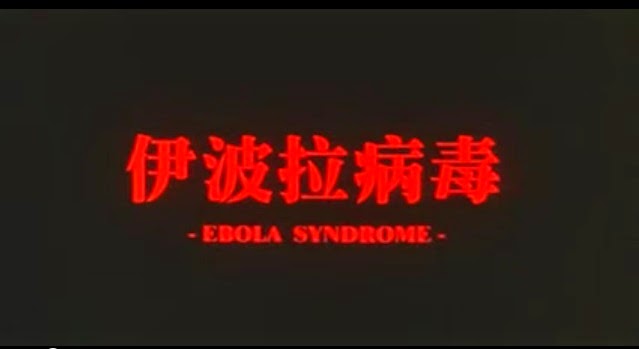 Lets fast forward 10 years to Johannesburg, South Africa, where Kai gets a job as a lowly restaurant employee. Poor Kai just cant catch a break his bosses girlfriend is constantly picking on him, for no apparent reason. Before American Pie, Kai was making love to poultry, and not even thinking twice before serving his semen fused chicken breast to customers, this kind of ill behavior can be seen throughout the entire movie.
Kai and his boss get the brilliant idea to save some money on pork, by going out to a tribe of Zulu natives who unbeknownst them are dying from the Ebola virus. The sight of dying villagers and strange voodoo rituals does not scare them one bit from saving a little extra money on pork. The buy their meat and our on their way, but not before brilliantly running into a tree (very softly mind you), and the truck just dies. While the boss man is fixing the truck, Kai is found raping a dead african women, (he never loses his class) where he contracts the ebola virus. This where all the real mayhem begins.

After contracting the virus, we learn Kai is 1/10 of the individuals who can supposedly contract the deadly virus and be a carrier of it, but not be fatally effected by it. Once his boss learns of the potentially fatal condition of his employee, his only concern is keeping him around because of his hard work and cheap pay required. All the while his girlfriend is plotting to get rid of Kai (she really hates the guy). This then leads to the murder and cannibalizing of them, then leading to a complete and total outbreak of the Ebola virus. Kai robs them and jumps ship to Hong Kong, where he continues his sexual deviance and murderous rampage. 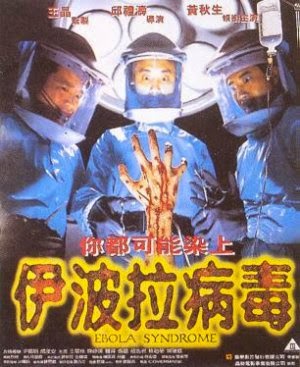 Something I forgot to mention earlier is that the girl who witnessed Kai murdering her mother and father, was later found at the restaurant of Kai in Johannesburg, and she has the weird premonitions of him, because of his scent. This drives her back to Hong Kong to try and put a stop to him.

There is so much disgustingly wrong with this movie, that you would think its grotesque appearance would be a great deterrent to most, from watching. The thing about this movie is that the humor is so strongly evident, that you cant ever take the film too seriously, and I think that fact, intertwined with the sadistic and taboo acts in the movie, make it entertaining enough. It also has some really good musical scores throughout the film. Anthony Wong’s performance is always worth the admission price, I liked him also in Bun man. He just puts on an outrageous and funny performance, which is wrong on many levels considering the nature of the movie.