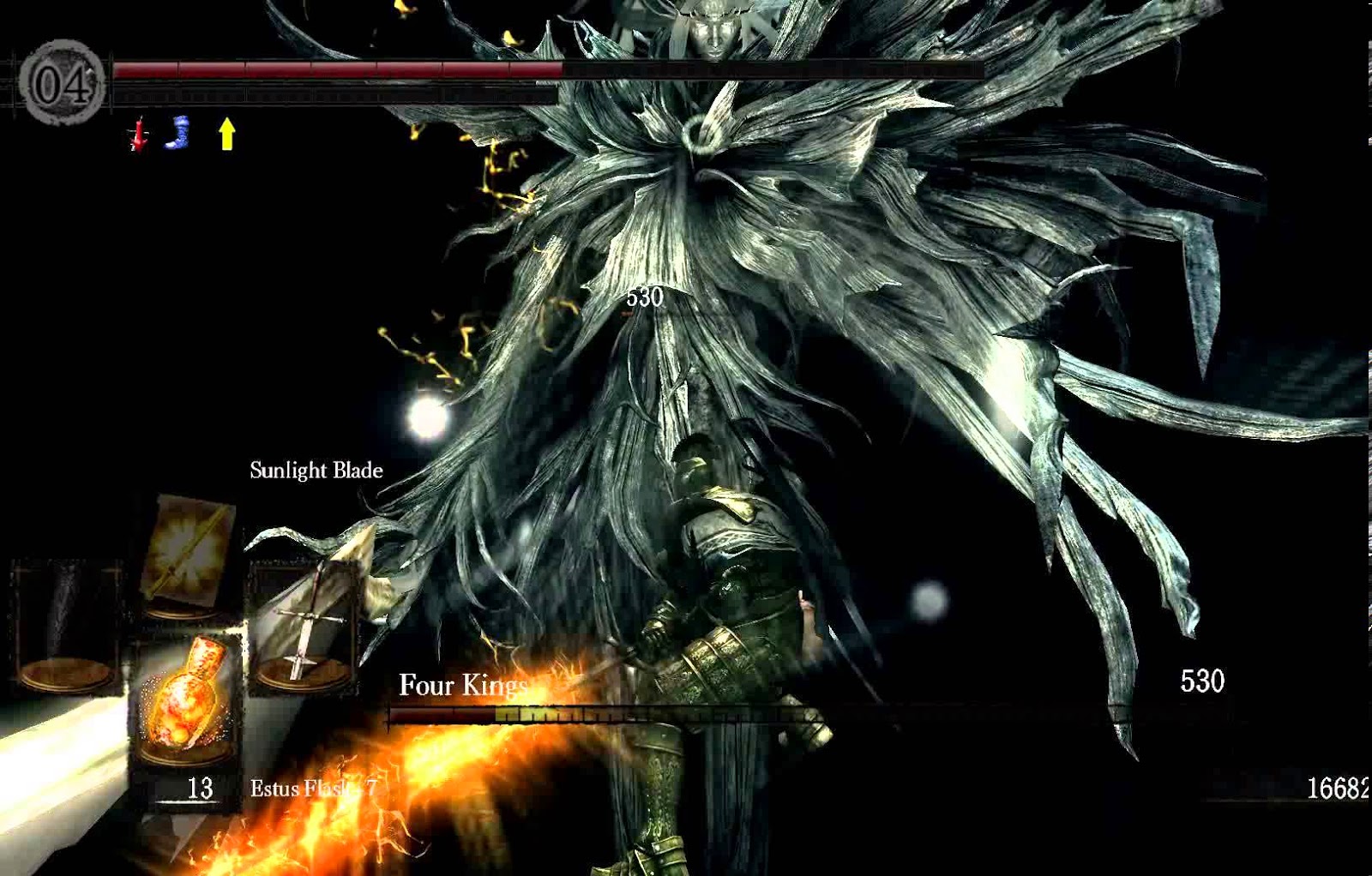 I have now coming to a chilling conclusion that has to be the most discouraging moments in the game. See the Four Kings were one of the easiest boss battles in my first time around playing this game, but they to have got a hold of some dbol (anabolic steroids), because they absolutely offer no mercy in this battle. You can roll around, hit, but they they have attacks that will literally devastate your life bar. This is the first fight that I can honestly say is 100% luck, skill technique, is out the fucking window. 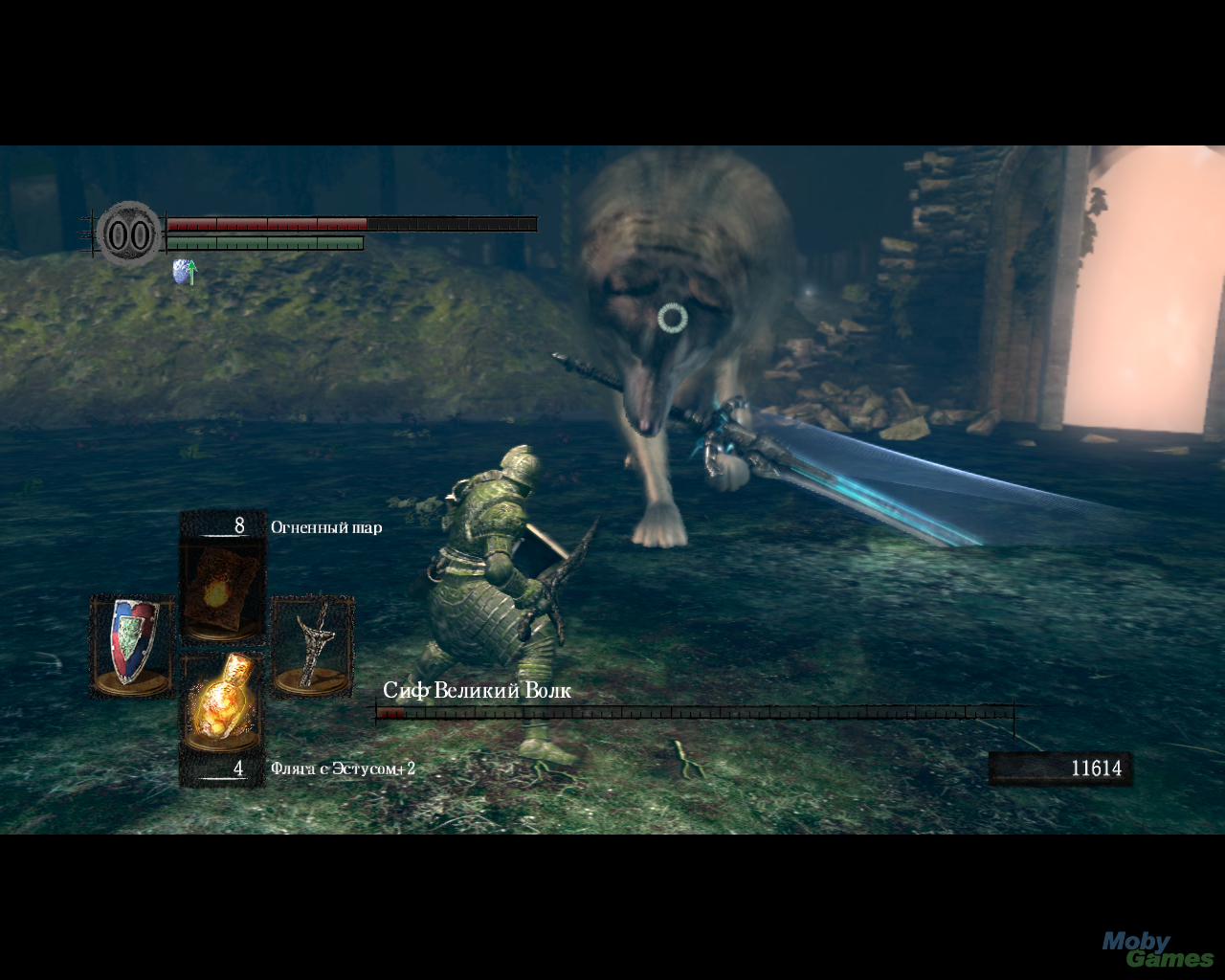 I was told a good approach in terms of equipment is concerned is to wear the Dark Knight set, Mask of the Child and the Grass Crest Shield because of the increased stamina it offers. I died almost seconds with this setup, my defense took too much of a sacrifice, to do this build justice, though the noticeable stamina regen was tempting. And with the weapon use, havel’s gear is out of the question. I really want to have a lot more poise than I do, and I know havel will get me that.

As I mentioned before this fight literally a hit, pot combination that make seconds the most determining factor involved with survival. I have got them down to a quarter of life, so I know that I can take them, its just a matter of running to them, and remaining motivated to kill them.

Prior to this fight was Sif, the Great Grey Wolf who albeit the new difficulty (ng+) remains one of the easier bosses. 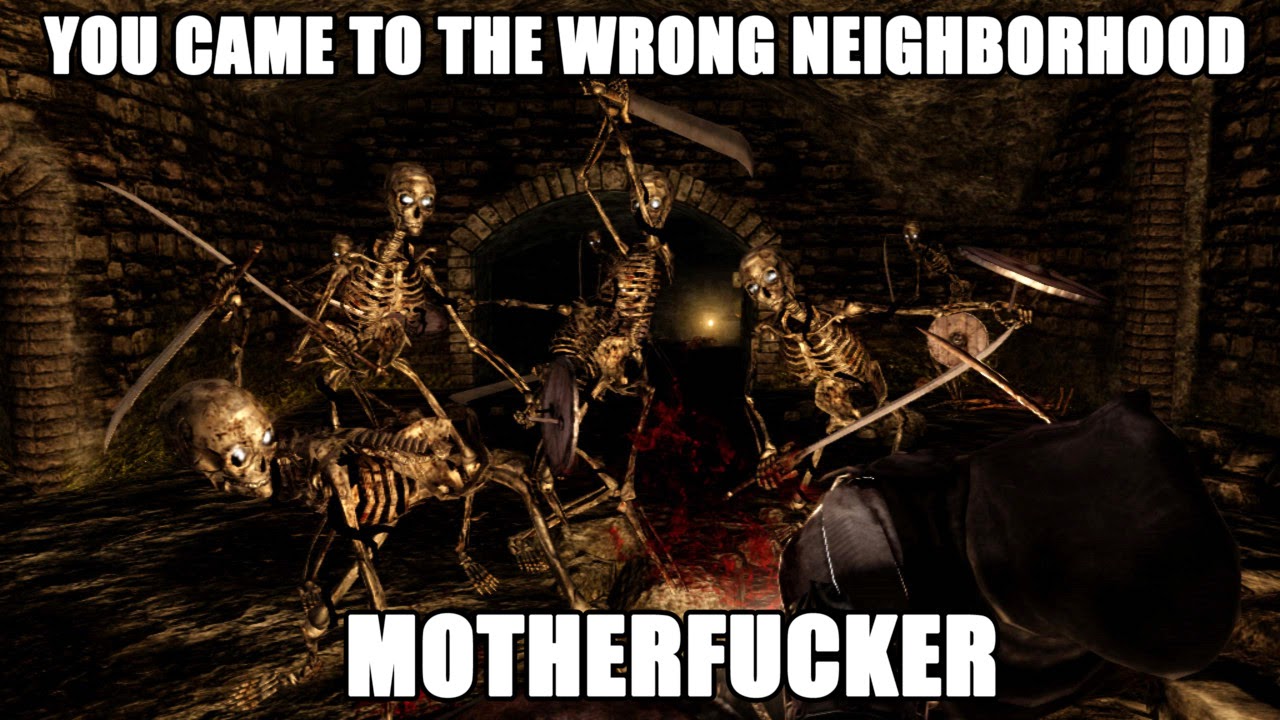 Ya know my frustration from the amount of deaths I was dealt at the Four Kings, had led me to become obsessed for blood shed. So I disregarded my covenant with Alvina in the Darkroot Garden, and went around killing of her soldiers. It was one of the most satisfying outlets for my frustration. Most the npc’s as I’ve found out turn on you anyway, so might as well just kill em’ all!

After work tonight I will give it another go at the Four Kings, maybe figure out a way to wear Havel’s gear. Currently I am using Iron Armor all +5 which is a hike on defense even over the Havel set. But where it shines in defense, it lacks in poise.

This was a minor recap, maybe I will give a better recount of my exploits in the game. All I know is that the Four Kings must die, and perform several inappropriate things with their dead bodies. Like force feed them cheese whiz and then roll their dead bodies in some kind of batter and then make a snack out of their bodies. Sanity level declining, more to come soon. Peace, love and hair grease.