Dead Congregation -“Promulgation Of The Fall”, a routine of tangents wrapped in a seminal review

There is a greek band I was recently introduced to just this year, and they put out some pretty amazing music. Where most of the current generation Death Metal bands are trying to oust each other is production and technicality, Dead  Congregation relies heavily on mood and atmosphere. I know I say that a lot, but it is really the only way I can describe the music. This is old school Death Metal back to life.

Slowly churning Death Metal that transitions speedily into a different direction without blinking. It can become rather boring to hear the same blasting on the drums, and the same riffs played in little variation for a minute or more, but man all is forgotten when the music takes a shift into atmospheric guitar sections, and melody. There is enough in each track to balance out the redundancy of filler – to transition into something of the doom variety. 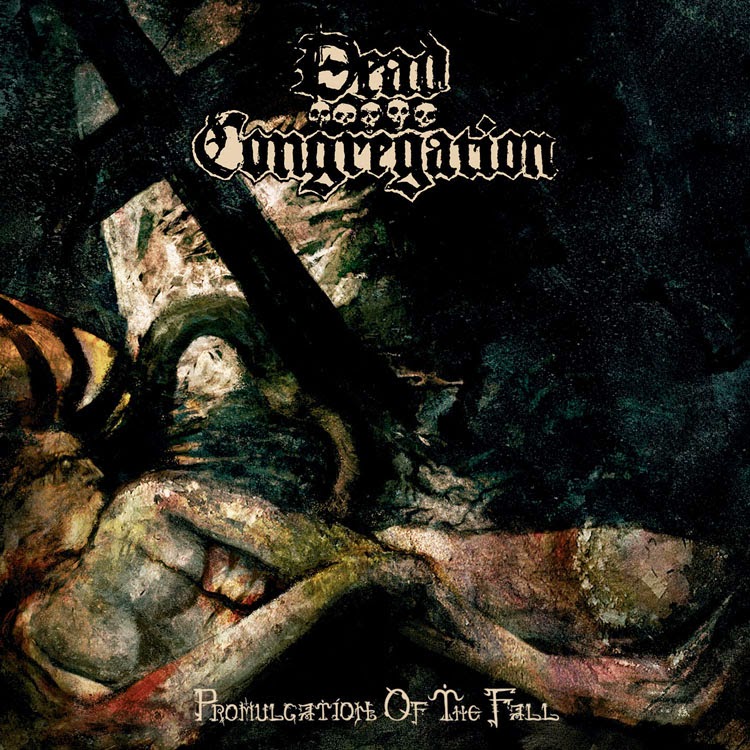 To current generation of metal listeners they have been garnered to a certain sound, much to blame is the attention to technicality and progressiveness, which in theory there is absolutely nothing wrong with. But when you abandon the core of what death metal music stands for, you leave the listener unsatisfied. More balance in favor to evoking the mood of listener, than say entertaining the listener. If I said I liked death metal because of the music, I would be lying to myself and the rest of the world. I like death metal, because in its arrangements it accomplishes more to evoke a response from oneself, than other music fails to deliver, quite deliberately.

In the case of Dead Congregation I am thoroughly interested in their basic formula of playing, a derivative of your autopsy/incantation variety, and able to offer their own ingredients into the mix of death metal stew. This alongside Triptykon are the leading contenders for music of 2014, that I thoroughly enjoy.