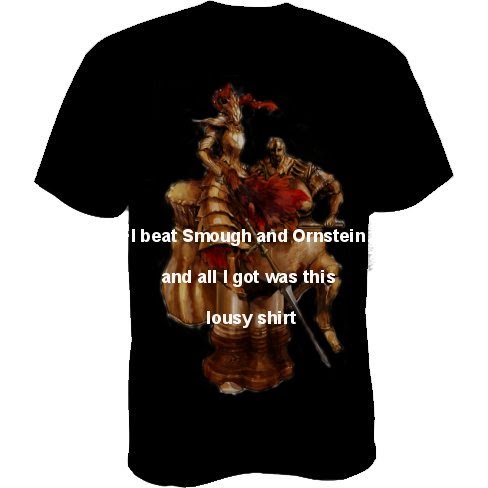 (this and other posts contain certain spoilers, if you want to keep the game new to yourself, read on with caution), (this is more for archival purposes more than anything else, this is probably very boring and unnecessary – so move on…)

Ornstein was slayed and Slough was executed, respectively in that order. I took no prisoners, I didn’t intend on grinding, but it kind of just happened that way. See I was desperate for all 20 of my estus flask, so if while attempting to get to the boss fight I would lose a significant amount of life, I would just homeward bone(r) back to the shrine, and then rinse and repeat. I know that this is completely unnecessary and borders on noobish behavior if not already. So anyways I actually got my strength to level 50 which means I was finally able to equip the  Dragon King Greataxe, although it seemed like a small boost in my attack, it was enough to kind of invigorate me to want to press on, I was using the dragon tooth basically all through the game, with the exception when I first started playing and was using the Halberd, I digress. 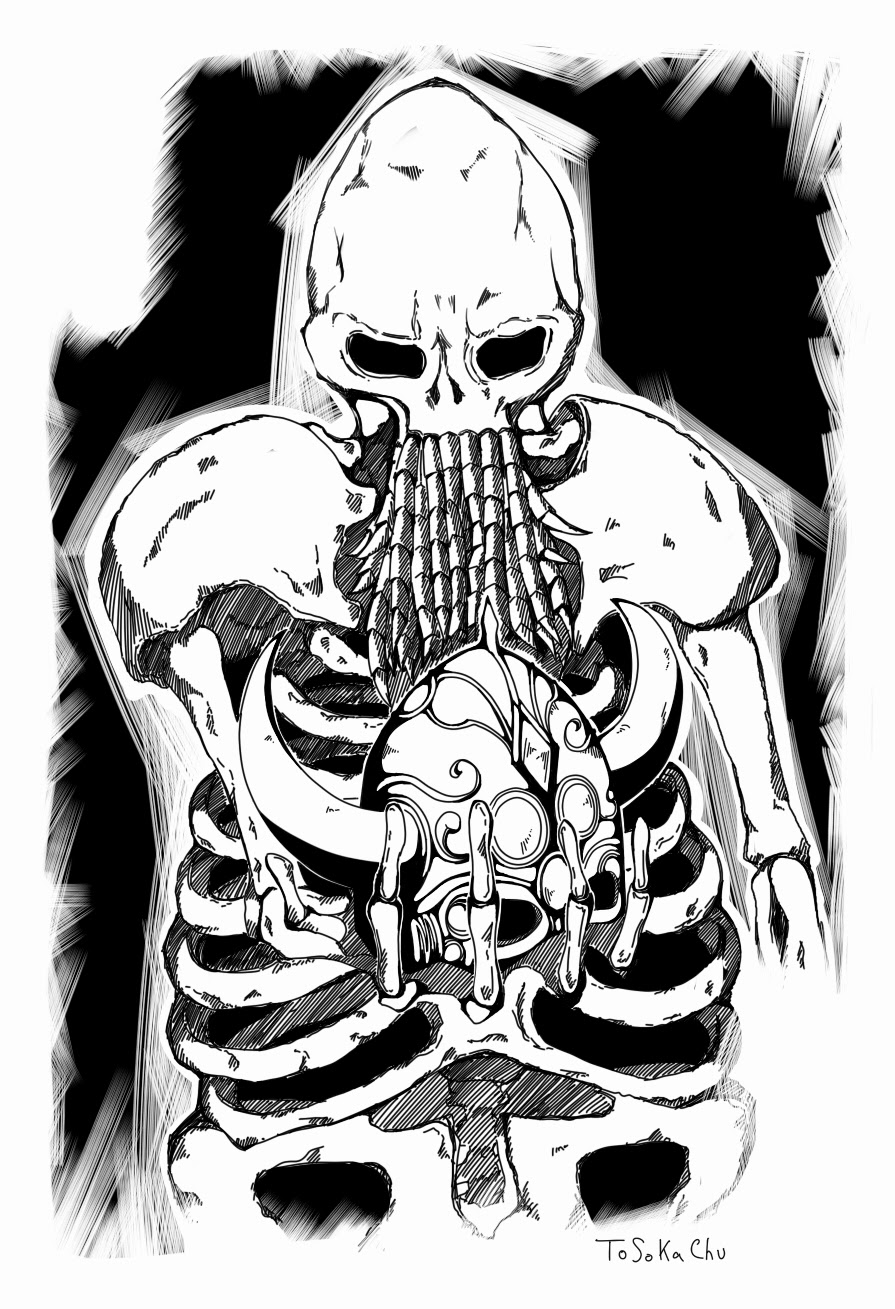 The fight between Slough and Ornstein went like this. I killed Ornstein within seconds, so it was just Slough, myself and Solaire to fight. Slough absolutely raped Solaire, his ass smash had him dead pretty quick. So I went back to the same strategy I used against Gwyn, which was finding one of the broke down pillars and any opportunity taking a swing at Slough. It was basically a 10-20 minute game of cat and mouse, and at long last I had defeated them, what a humiliatingly awful conclusion, considering my stats, build etc. But in all honesty I consider myself a casual gamer, its rare a game catches my attention like Dark Souls did.
If my memory is correct, I headed to the Catacombs after the shiz went down in Anor Londo. The catacombs was one of the biggest pains in my ass, well next to Blighttown, er the Tomb of the Giants… nevermind that. This time around I noticed a lot of stuff that I missed before, particularly the location of a firekeeper shrine, and the location of a blacksmith (Vamos) that I never even knew existed until this playthrough, it also opened up to me a kind of shortcut, that was especially useful in the case of having to backtrack at all. I was gaining traction, moving along pretty well. I got to the boss Pinwheel who I demolished easily, he/it has never given me any real trouble. 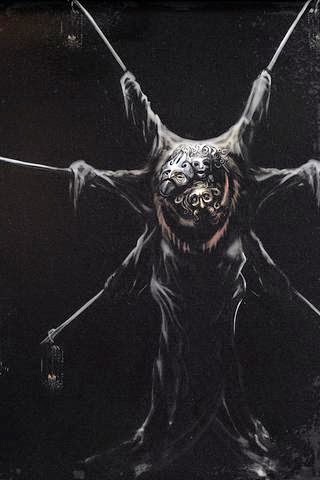 Next on my plate was Tomb of the Giants, which was giving me more of a hassle than it should have. This was because I forgot to change shields, and was using a shield that had less than 100% against physical. After the swap it was difficult, but now manageable. Notable encounters include the scenario with a guy named Patches, who I was already aware would betray me, so I just killed him. I know if you play it right you can get him to sell you wares, but I didn’t really care to use him. After that I ran into a new face, Rhea of Thorolund. I must have skipped past this area completely my first time through. She asks me to kill her escorts Vince and Nico of Thorolund, whom I find quickly after talking to her. Killed em’ was on my way. After this and a few other events/places I missed before, I was trying to move efficiently but kind of slower this time around, trying to uncover anything new. I was already aware of Leeroy ahead and got to that point in human form. I am not sure when/how I forgot, but there is a black knight that came at me like a bat out of hell, was completely unexpected. Pressing forward towards the boss fight with Gravelord Nito. Prior to, you fight some pinwheel servants and the little baby skeletons, that are a royal pain in the ass. It took me a bit of running around to realize that they infinitely respawn. So I just killed the servants and got the hell out of there. The fight with Gravelord Nito was not too successful the first time around, but my second go at him was the winner. After this I headed to New Londo Ruins. 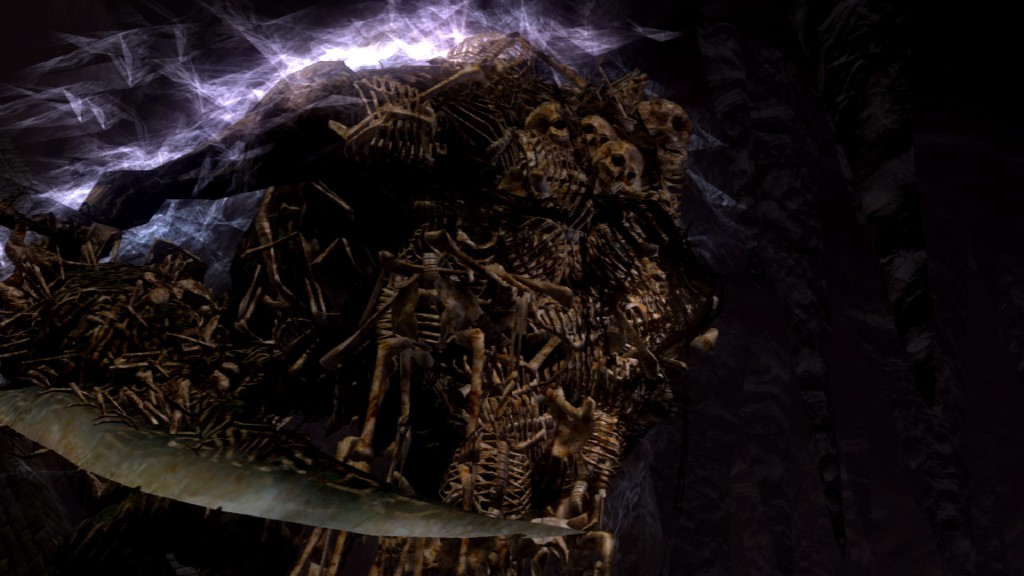 This was not necessarily needed, considering I hadn’t secured the Covenant of Artorias to even begin the boss fight agains with the Four Kings. I just wanted to clear out the place, so it was done and out of the way, also in the case I wanted to farm Darkwraiths.
Moving right along to the Dukes Archives. Only thing worth noting is Big Hat Logan, a guy that is locked up and needs to be freed. I either missed this, or just forgot about it, because I don’t remember this at all the first time through. Seriously had such a disastrous time in this place, my first time around, so I wasn’t exactly excited to have to go at it again. But this time was really stress free, and pretty easy to get around. After looting the Archives, I headed towards the Crystal Cave.
Took me a bit to remember how to kill Seath the Scaleless, I don’t know how it came to me, but I eventually figured out how to weaken him so you can actually do damage. The buck stops here, see ya next time. When I venture back some old places, and new places, and talk about how taco bell is not authentic mexican food, or how coke is better than pepsi, wait what the fuck am I going on about. This is the comedic relief necessary for a post this boring, sorry. Till next time.