After going through the second time around in the game, I am now for certain that they heightened the difficulty a bit. The thing about this game, is that any kind of science you develop any sort of pattern, rhythm, it is usually jousted by some freak accident that typical happen more times than not. I have grown more careful, more precautious, and still there are moments, just make me want to bash in the tv. Currently stuck at Dragon Slayer Ornstein & Executioner Smough, I have attempted to beat them more times than I would like to mention. When I fought them before not only were they a helluva lot easier, I picked an actual person help me defeat them, which looking back now was probably not the wisest choice. 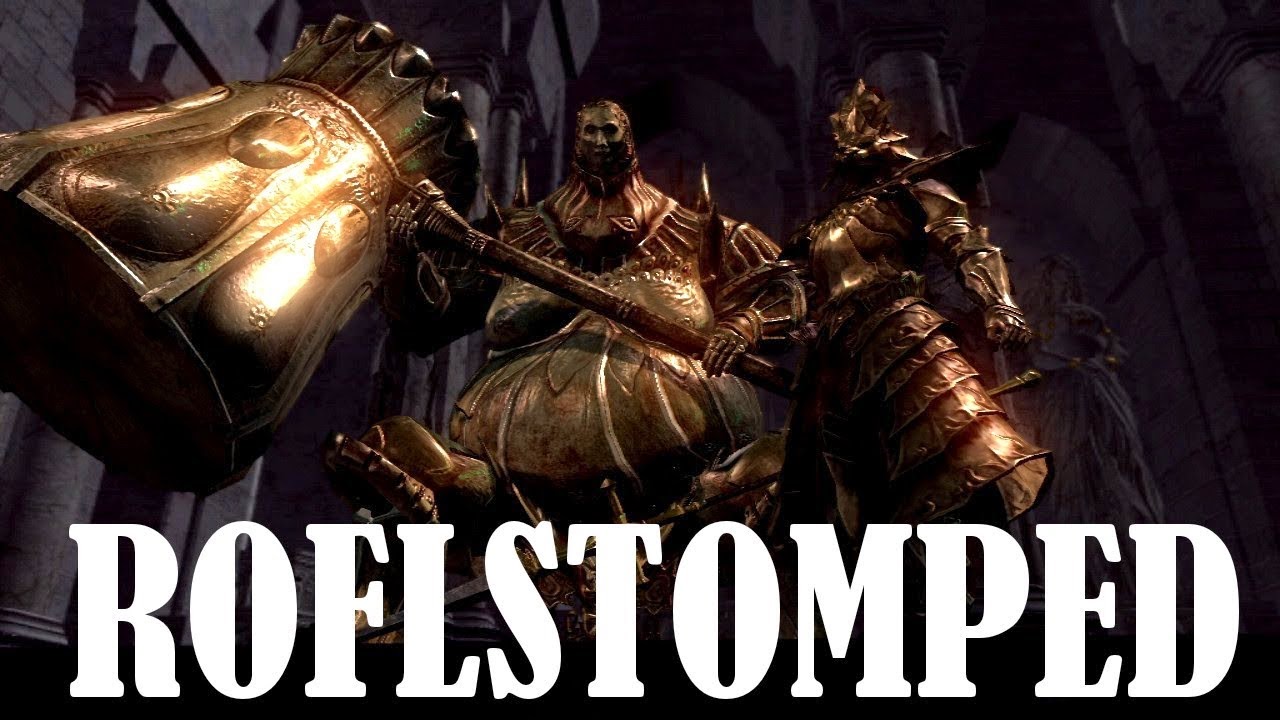 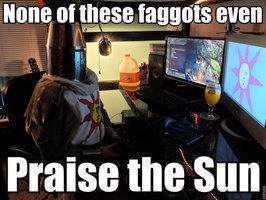 Which brings me to the next pain in my ass about this game, is getting help from an npc. Right now they give you Solaire of Astoria, who you literally have to walk him slowly down the stairs otherwise he will just off the ledge and take off a quarter of his life, before the boss battle even begins. I am so terrible though, that I need him in this boss fight just to distract Smough enough so I can take out Ornstein. I don’t know why people say killing Smough is more difficult at the start, to me it’s the opposite. In the beginning yes, Ornstein is a pushover, but his buff the second time around is a bitch. Not to say Smough isn’t thoroughly smothering me with his shiny golden ass. But I do know one thing, like fighting Gwyn, if you stand behind a broke down pillar, you can semi- have control of the fight. I spent probably 30 minutes hiding behind that, hitting him whenever possible, playing cautious, and then just like that I got overconfident and he nerfs me with that ass attack he does. 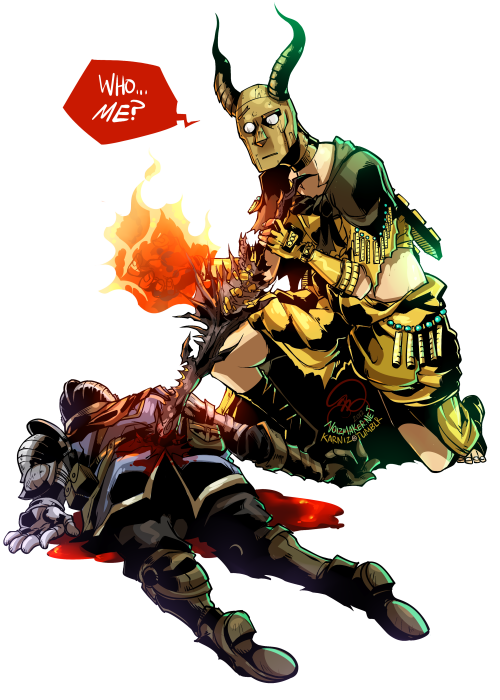 To distract me from my dying a thousand deaths, I used the the Black Eye Orb to go and take care of Lautrec who unbeknownst to me kills Anastacia. I  didn’t know this the first time around playing, because I killed him, among all the other npc’s after they reward me, or just for the helluva it. It’s very satisfying, killing them. Anyways I let him off, and he goes and kills Anastacia. This whole th
ing is completely new to me, and a new twist to the game. So if a fire keeper dies, you need to enter into their world of whoever kills them, and you take the form as a spirit of vengeance, which isn’t much different from yourself in the real world, but you do not have the option of using the Estus Flask to heal. This battle was a pushover compared to smough and Ornstein.

So after this I got my confidence up, and attempt smough and
ornstein again, and well I did come ridiculously close to beating them, I would always come up short in the end, and would lose patience. So I did some grinding trying to get my strength to 50 so I could use the Dragon King Greataxe, deals more damage than the Dragon tooth I’ve been using for basically the entirety of the whole game. With the exception of the Man Serpent Greatsword, when I want to grind in the Depths killing rats for Humanity.

That in a nutshell is where I am at in the game. I ended up writing a lot more than I initially intended, so gonna draw this chapter to a close. Next chapter will be victorious and great new beginnings.