To dig into Cannibal Corpse’ discography is probably one of the most difficult task as far as pinpointing their definitive sound. They started out as a death metal band that was largely influenced by thrash metal. They went balls to wall with Butchered at Birth, ridiculous vocals on Tomb of the Mutilated, and then probably their most accessible album the Bleeding. The future of Cannibal Corpse was absent Chris Barnes, and welcome George Fisher, a much better fit and a very versatile death metal vocalist, his ability to present the brutality of death metal, all the while making an effort to make the lyrics decipherable and well annunciated. 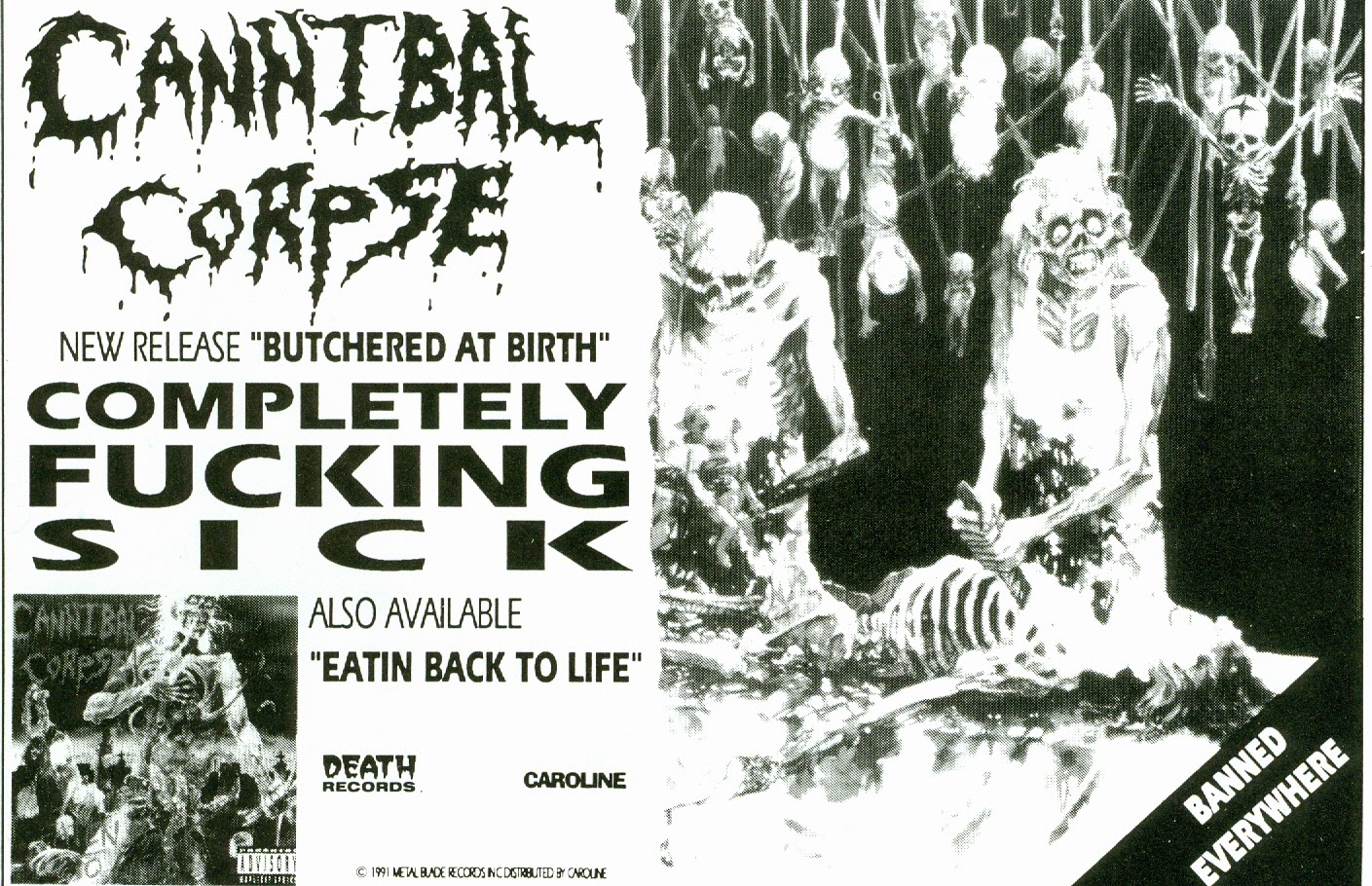 Well I don’t know if you noticed or not, but I never included a single album with George Fisher, and I credit him for his vocal delivery. You see after the Bleeding, this band changed, it lost its spirit in my opinion. Never will I hear another Butchered at Birth, no more insanely uncompromised brutality. The albums are very gimmicky in nature, and for me, just aren’t that catching to me. Its not to say I don’t like a little Unleashing the Bloodthirsty or some of Vile, hell even some of their newer releases have some pretty good tracks. Their new stuff is a helluva lot better than anything Chris Barnes as done with Six Feet Under, I think he needs to lay off the marijuana because his band sucks.

All this being said, to me the most standout album is without a doubt Butchered at Birth, from the beginning track till the end, it is just something otherworldly, terrifyingly brutality, that feels and gives off a very genuine vibe. That beginning track you know, there is a slaughter coming. 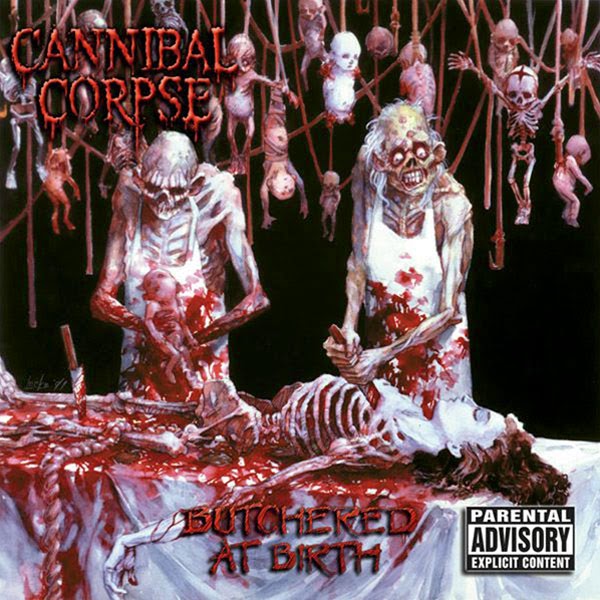 Nothing overly technical, some of the most uninspired solos, but the vocals and guitars carry along like a well synced audio assault. The vocals are a tad bit on the hard to understand calibre, but at the same time you might catch a word or two you can understand. The CD inlay is absolutely necessary to sing along with this family favorite.

And the icing on the cake is the absolutely disturbing album cover. You have a ghastly zombie character chopping up bodies, meanwhile a half dead women and the most offending of all, infants hanging from meat hooks. This is the fictitious hell ride, that after 5-10 years still gets my blood flowing.

I guess all this being said, Cannibal Corpse is a confusing band to follow with the change in lineup and especially the most significant losing Chris Barnes and gaining George Fisher, which in my opinion is an excellent and credible vocalist. I could not see Cannibal Corpse progressing along as well as they do, with Chris Barnes remaining in the band. Just listen to a Six Feet Under album, and if you’re not bored as shit after listening one track, than you must be higher than he is.

Cannibal Corpse the stars of Death Metal, and the most recognized, and for good reason.